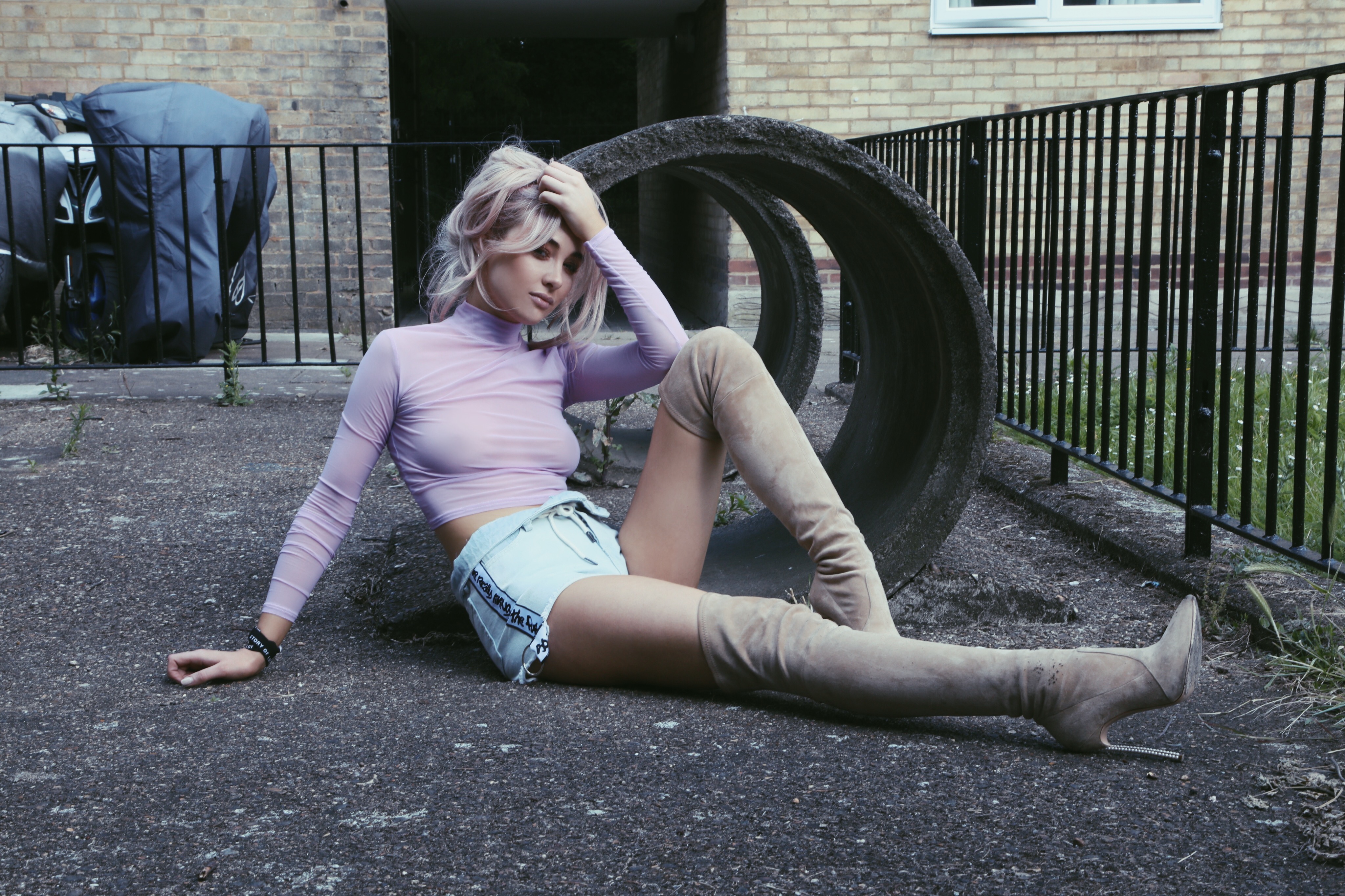 This was a funny little shoot I did last Thursday with Lillie Hand and Ailis Mara.

Lillie Hand approached my agency recently to do a test shoot with me, and I’m so happy she did. She listened to exactly what I wanted, and recreated just that.

Ailis is actually an old school friend of mine visiting in London. She’s been a designer and stylist living between Dublin and New York for the last few years. She used to live in London and is contemplating moving back over so she got in touch with me and next thing she was galavanting with me around London! It was so refreshing having a childhood friend with me on my day to day adventures in London. 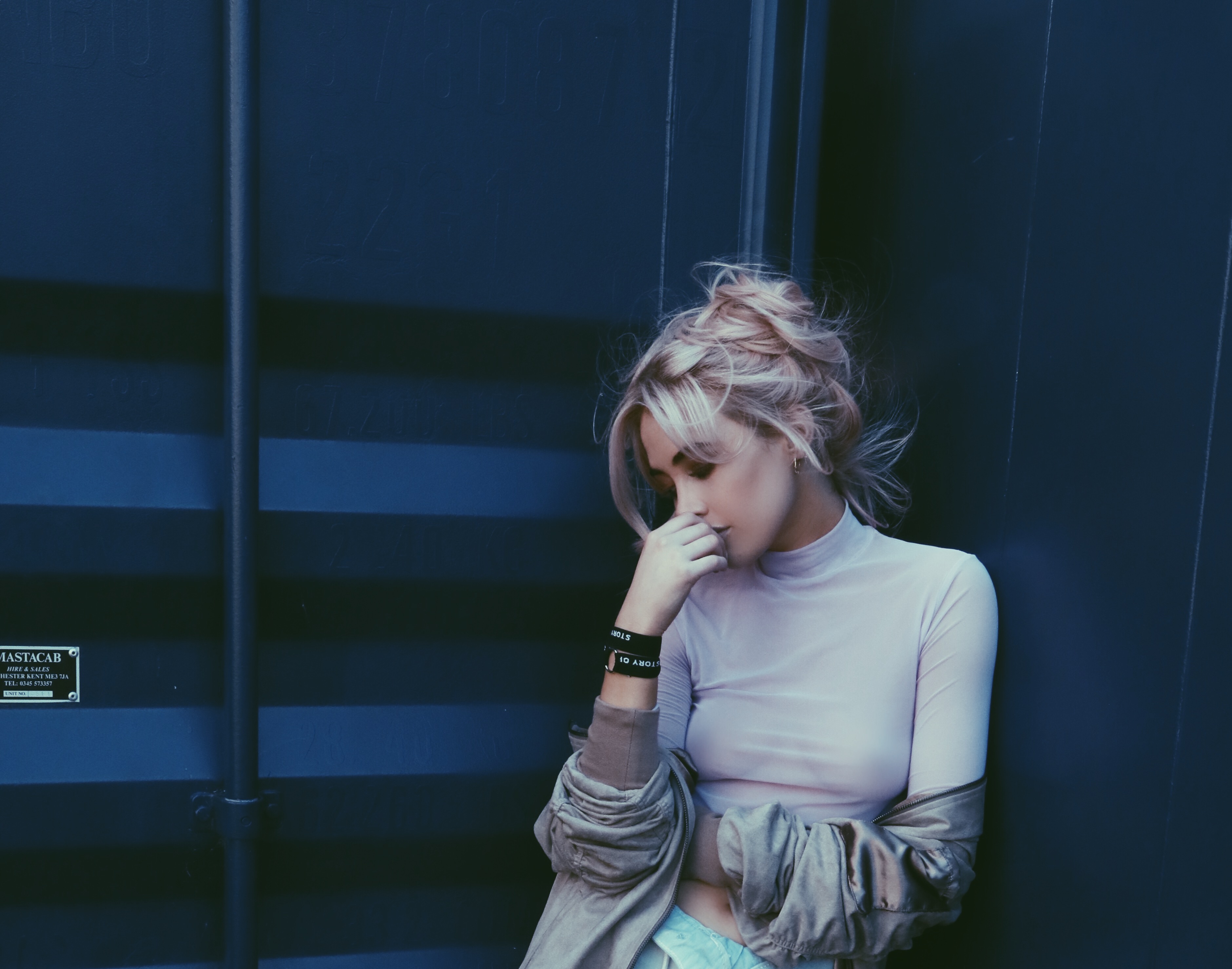 Our first stop was RiverIsland Style studio pre the LiketoKnowIt event at The magazine restaurant, Ailis came and helped me choose an outfit to wear and then attended the event with me. I will be doing another post on this!

So back to this shoot, we basically wanted to do a grungey type shoot featuring my new pink hair and “alt” buns. This is actually after one wash so it toned down a lot and became quite lilac. When I first saw the colour, which you can see previously at the LikeToKnowIt event, I had a minor heart-attack. I really didn’t warm to it initially but it really did grow on , I had so many compliments. 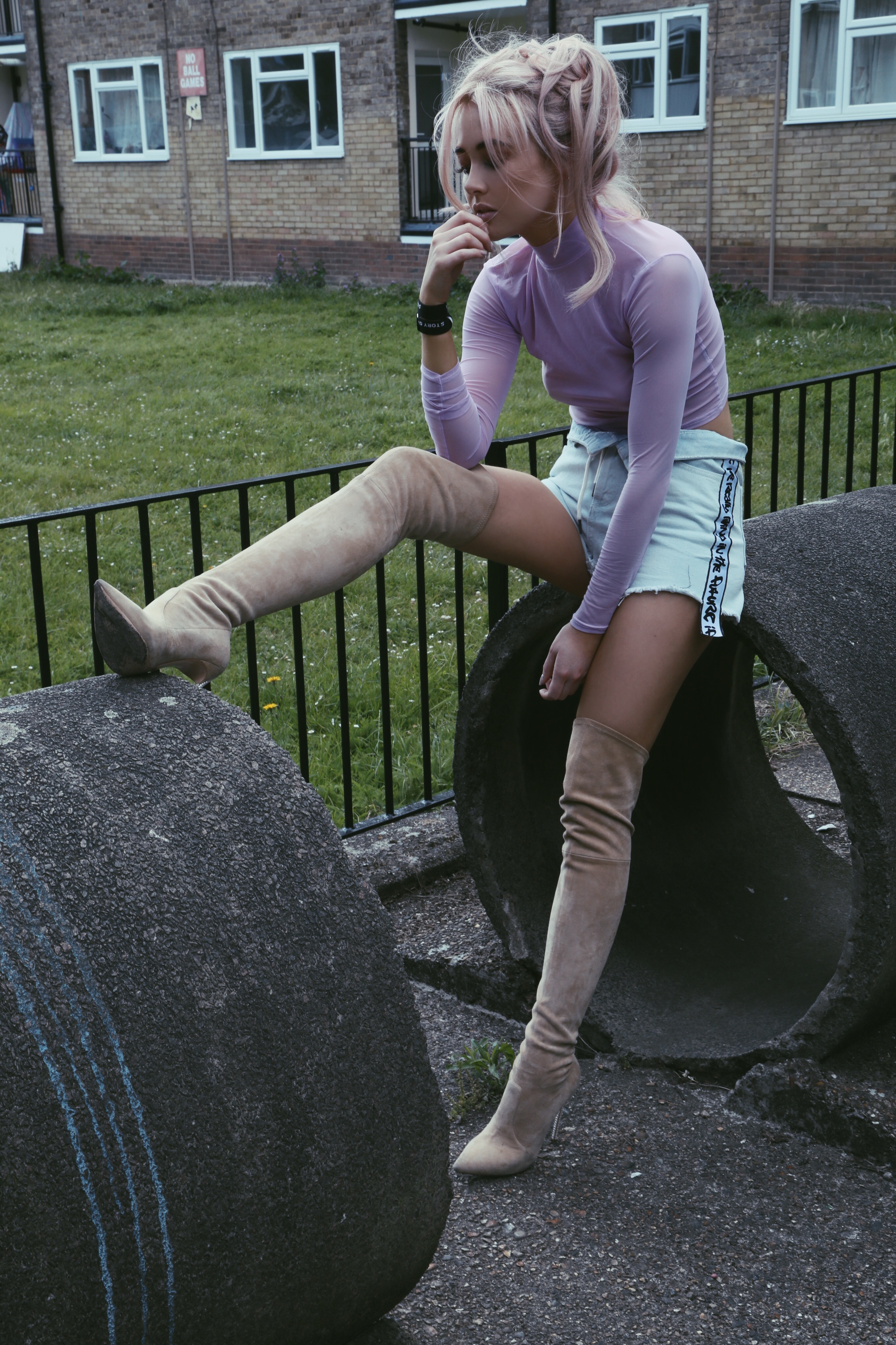 It’s such a handy thing if you’re blonde to do these fun wash in colours. I previously did a peach with Imy which I loved, it was more subtle too for those who are weary of dying their hair. Maybe do that one first then jump into pink.

My next colour I want to try is a copper tone which again I’m terrified of doing it. Fingers crossed if it’s not love at first site, I’ll push through the ick and eventually fall! (Great way to describe most of my past relationships) 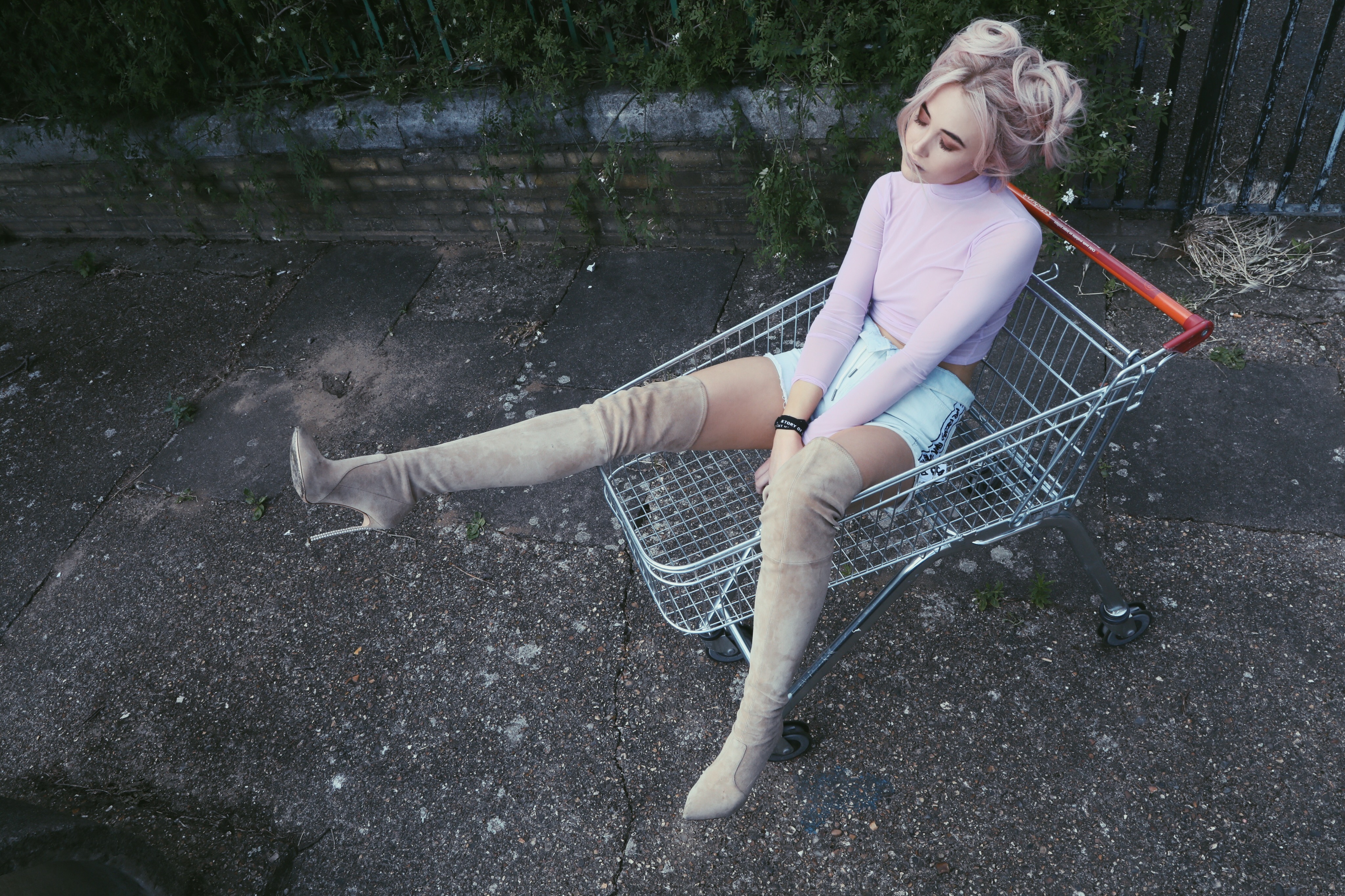 Anyway.. I am BABBLING. Back to the shoot. Again.

So you might have seen these boots featured in my posts before. I’m obsessed but my God do they hurt. Pain is beauty! This crop is UrbanOutfitters and it’s very sheer (completely see-through) I’m blessed with a small chest so I’m happy to go bra-less but could easily wear a little wireless crop underneath. Ailis picked up these denim shirts from bscene and teamed this outfit together with this long beige jacket.

Ailis was just an absolute dream to work with. I’m very pro her moving back this way so fingers crossed she does just that! The ultimate multitasker – she styled and videoed this shoot. 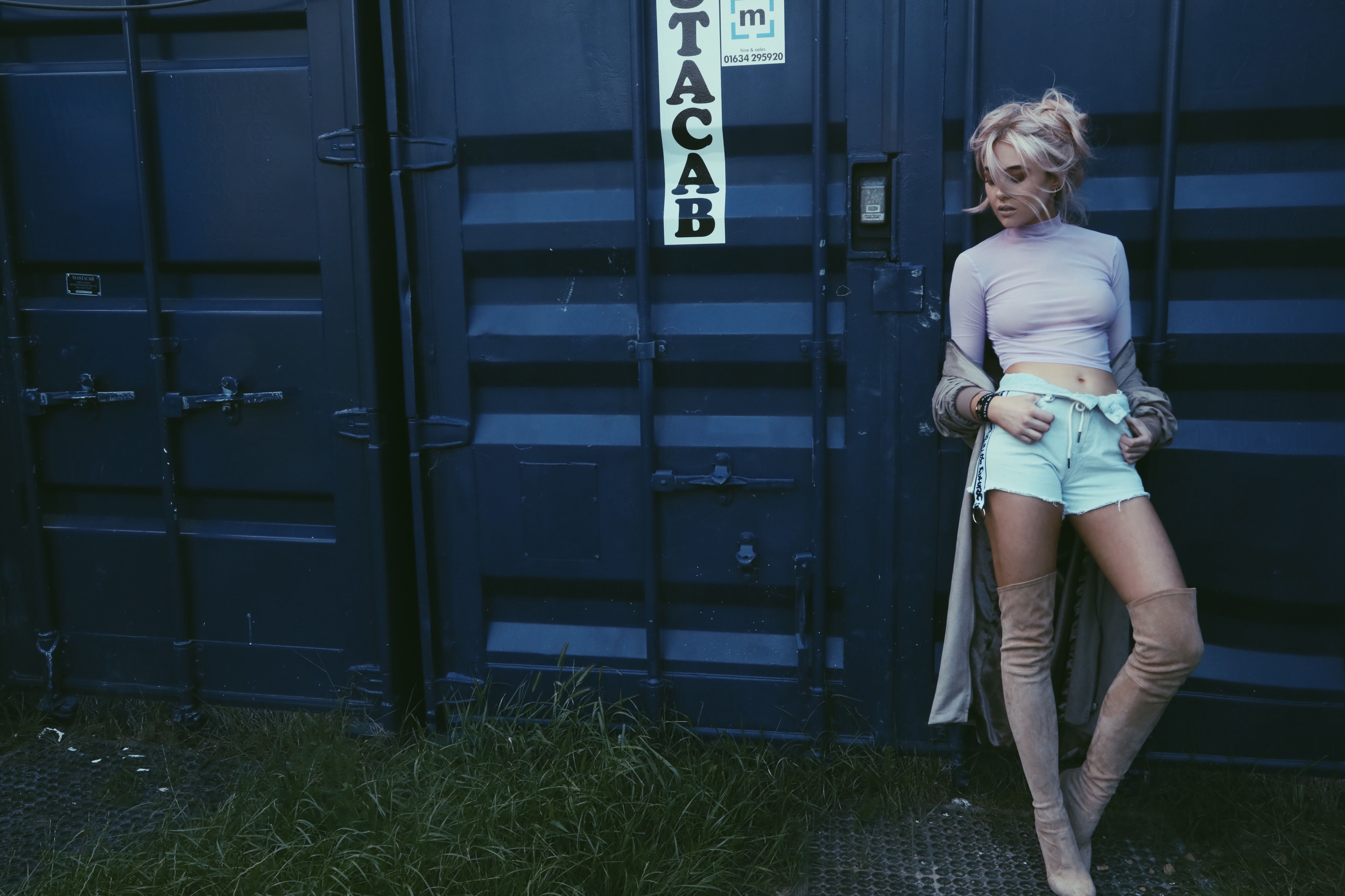